The largest of the Aeolian Islands, Lipari encapsulates the essence of the Archipelago's history, that mix of nature, geological rarities and the most beautiful views over the islands. Lipari, in ancient times called Melingunis ('sweet' in Greek), is a certainly a sweet spot of the Archipelago with its mix of naturalistic charm, historical and geological wealth. It does not come as a surprise it being awarded as UNESCO World Heritage since 2000, together with its volcanic sisters. Ancient Melingunis is definitely a concentration of 'Aeolian-ness'. Visiting Lipari means getting a taste of the other islands. In this article, we will explore the most beautiful shores together with a true born and bred Sicilian sailor, an avid sea lover who has made sailing his passion and profession. Hello Giovanni! So, tell us a bit about yourself...

"I come from a small fishing village on the Strait of Messina and since I was a child I have grown up very close to the sea and the world of sailing. My first experiences at sea where sailing dinghy at the age of 14. A few years later, at the age of 19, I obtained my sailing licence and right after then, the title of Yacht & Monotype sailing instructor, something I obtained on Lake Garda. There, I had the opportunity to work for a couple of seasons in a sailing school as an instructor, interspersed with some wonderful skipper experience between Italy and Greece. Being away from my childhood place made me realize how much I desired going back. And that's what I did. I came back to Sicily, where I was able to undertake a path of professional sailing growth. Now, the sailing area where I spend most of the year is the Aeolian Islands. Why these islands? It's not easy to convey in simple words what I feel when I sail there. The energy of the volcanoes, the intense blue of the water, the magma of Stromboli rolling down to the sea, the scent of the vegetation, the good food and their remote and timelessness enchant thousands of visitors every year."

My best shores in Lipari

"Capo Rosso" or rather the "Spiaggia Bianca di Lipari" (White Beach of Lipari) is located on the north-eastern side of the island. It is considered the most beautiful beach because of its colour given by the white rock that stands majestically behind it and is clearly visible from the sea. 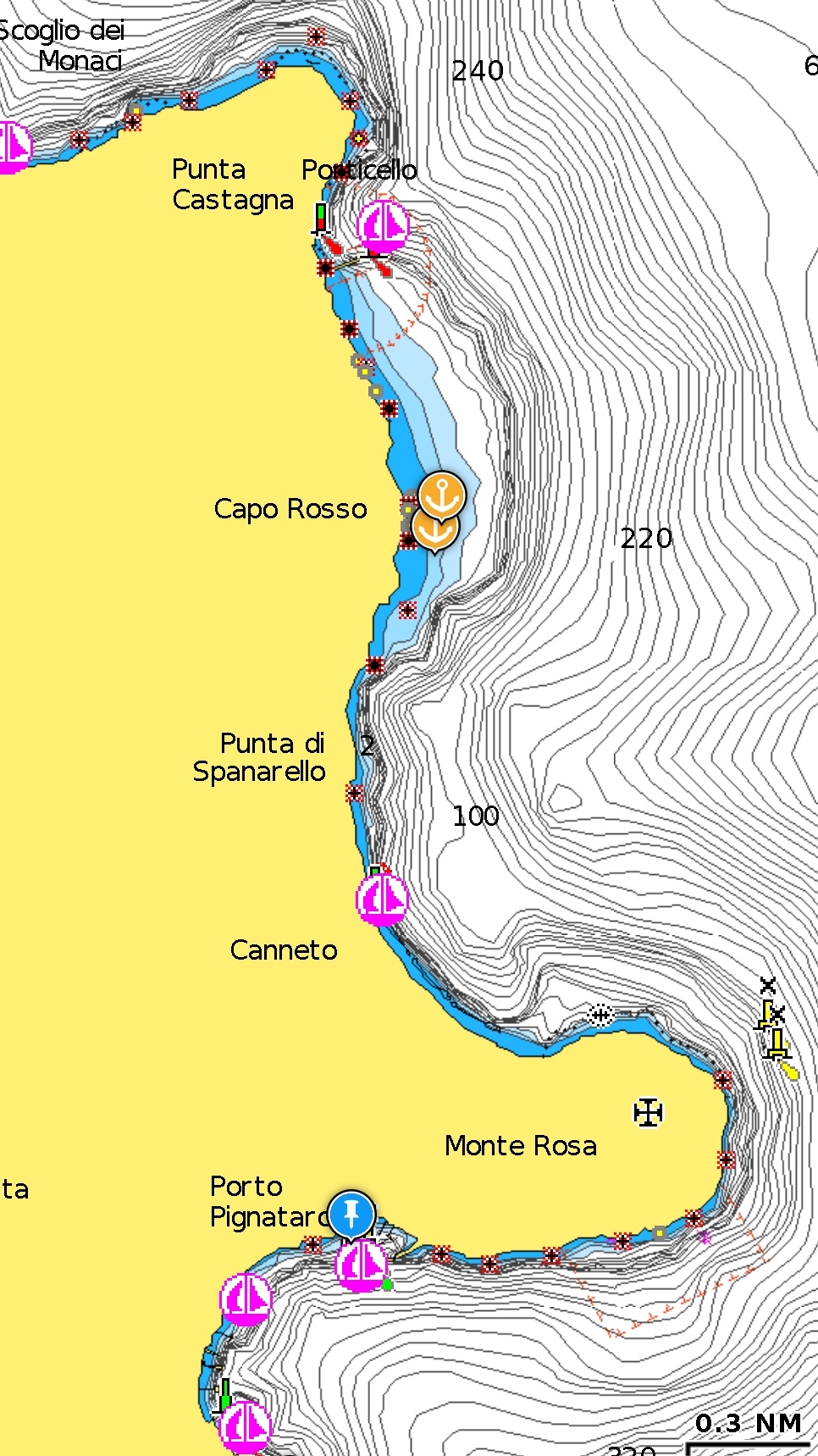 The sea is particularly warm and turquoise in colour. The seabed consists of pumice sediments. It is an easy landing place as it offers ample space for anchoring on a sandy seabed ranging from 5 to 10 metres. We recommend stopping here during the day for snorkelling, but also at night to take advantage of the intense darkness and lose yourself among the millions of stars. The sea here in Capo Rosso is particularly warm and deep turquoise. Here you will find characteristic used jetties that were once used to transport mined goods.

"Why these islands? It's not easy to convey in simple words what I feel when I sail there. The energy of the volcanoes, the intense blue of the water, the magma of Stromboli rolling down to the sea, the scent of the vegetation, the good food and their remote and timelessness enchant thousands of visitors every year."

Spiaggia Praia di Vinci is located at the southern end of the island, near Punta Crepazza. It is particularly beautiful as it is an unspoilt paradise that can only be reached by boat. The seabed is sandy with a few pebbles. The water is beautifully crystal clear, reason why it is perfect for snorkelling enthusiasts. The anchorage on a sandy bottom of 8-15 metres is very suggestive also because from there you can admire the faraglioni and the crater of the island of Vulcano. 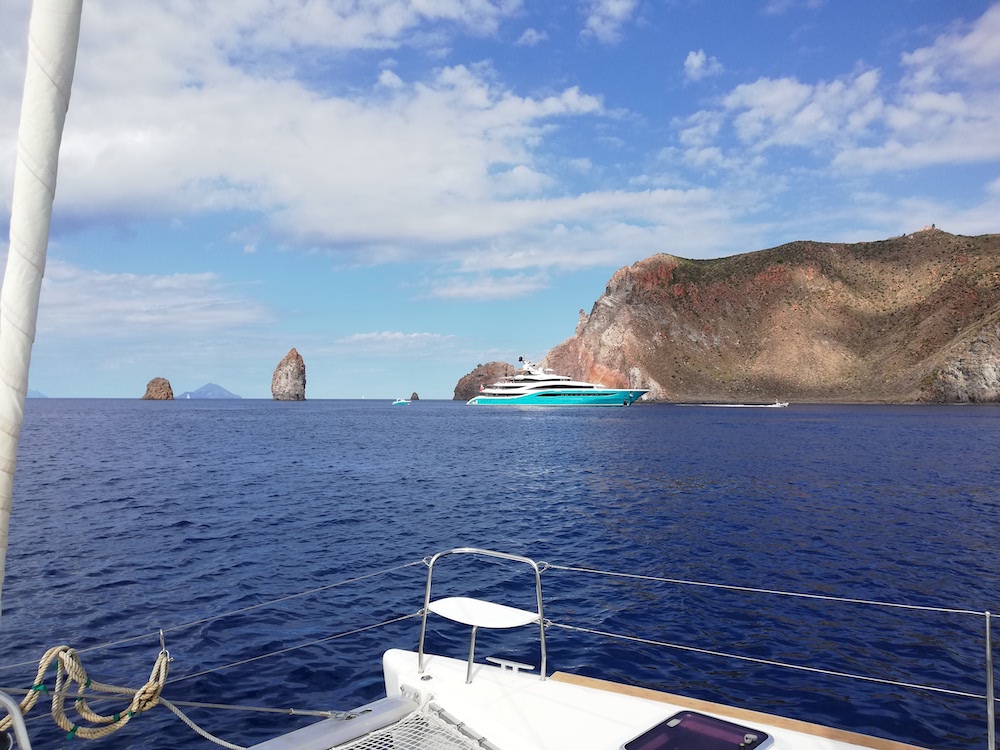 "The water in Spiaggia di Praia di Vinci is beautifully crystal clear, reason why it is perfect for snorkelling enthusiasts. " 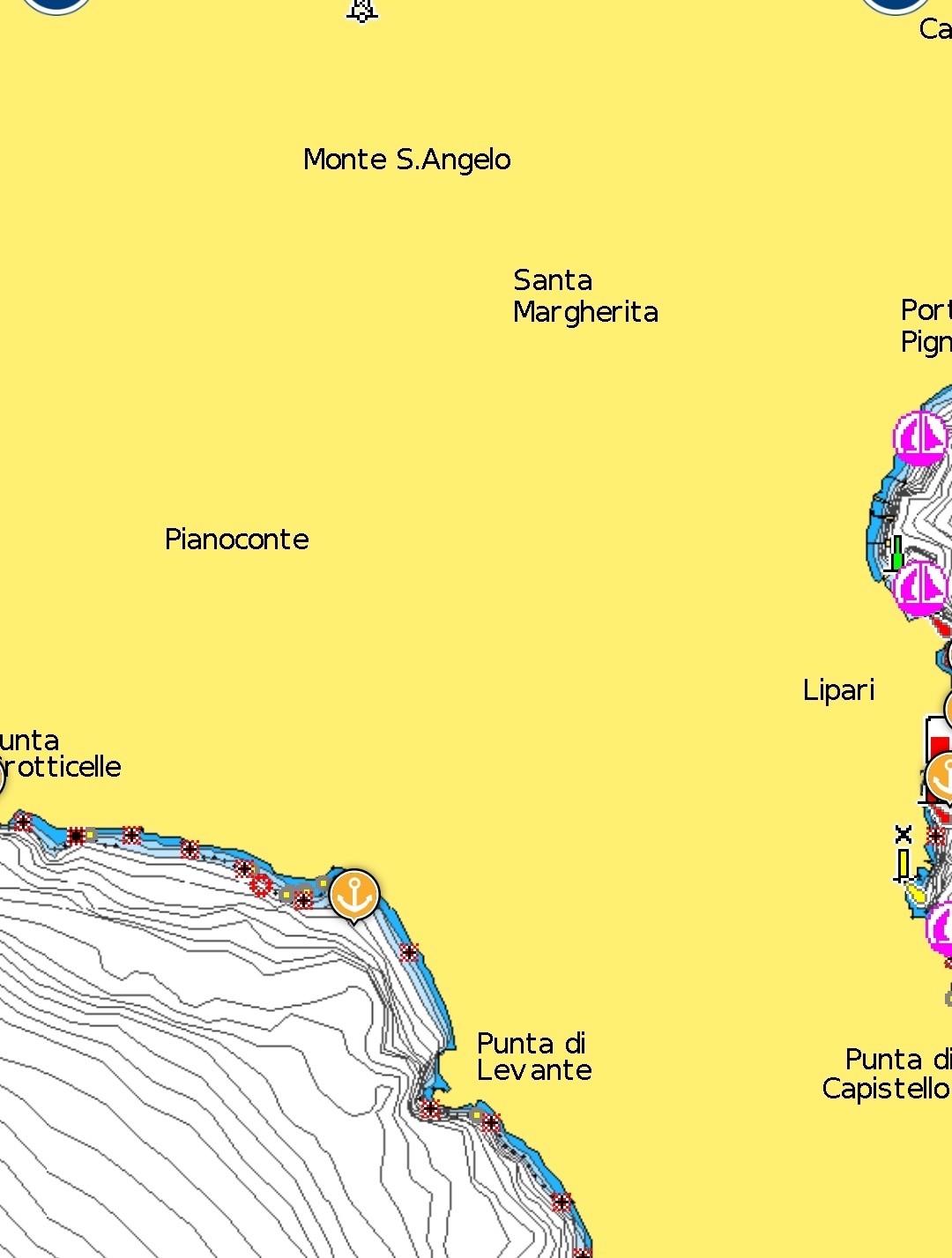 On the western side, i.e. opposite the village, there is a tongue of sand and pebbles with a majestic rock behind it that is light in colour, sometimes pink, embracing the beach, which is characterised by the presence of small caves dug into the rock. It is easily reached by the sea or by a small path from the village. Anchorage here is also comfortable and safe, given the sandy seabed.

Le Formiche are located opposite the south-west coast of the island of Lipari. They are outcropping rocks belonging to a shoal. 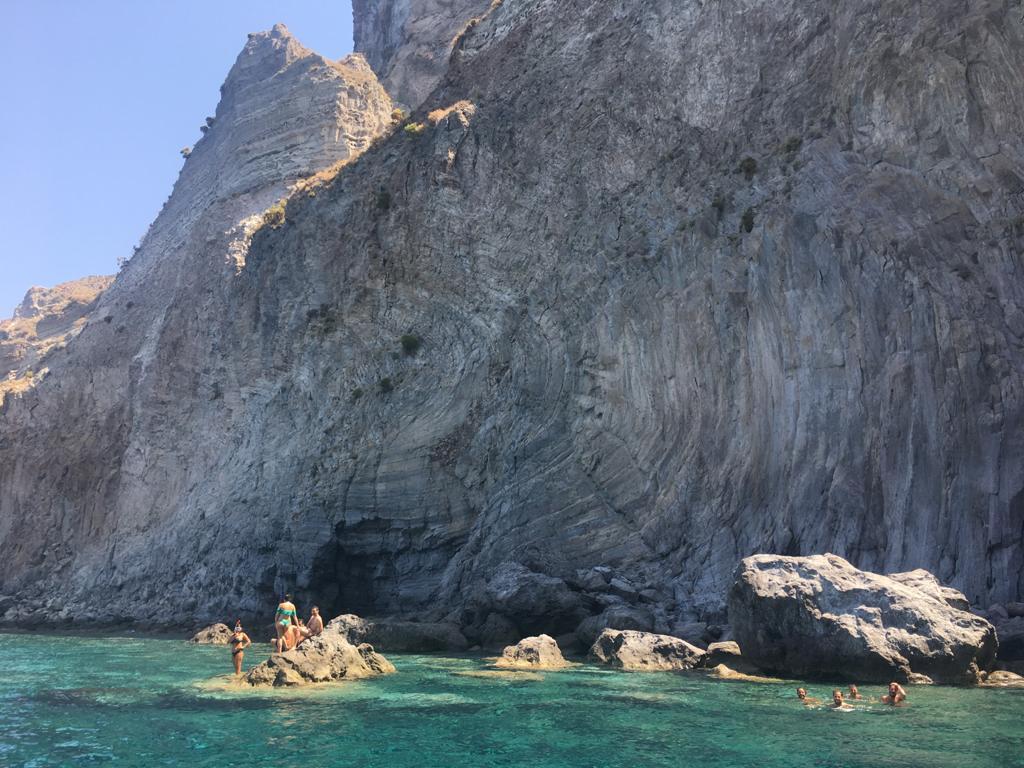 It can be challenging to sail from the west so I recommend sailing to the east. It is possible to anchor a little further north in front of the majestic rock on a sandy bottom that ranges from 8 to 15 metres to enjoy the unspoilt scenery of the coloured walls, countless caves, passages and tunnels. The volcanic rock arch of Punta Perciato, shaped by the sea and the wind, is also impressive."

We thank you, Giovanni, for sharing your precious advice on the most beautiful shores in Lipari and your sailing tips will be very useful for those looking to explore the Aeolian Islands by boat. You can follow Giovanni's sailing adventures on Instagram @vita_da_barca

See you next time and good wind!

Top shores not to miss in Elba

Where Photography and Sailing Co-exist

Follonica: What to see on land and sea