If in your opinion a sailing holiday is a synonym for total immersion in nature and solitude, Alicudi is your ideal destination. Located in the Tyrrhenian Sea, northeast of Sicily, Alicudi is the last gem of the Aeolian archipelago, the least touristic island of all due to the lack of connections with the mainland - it is in fact only reachable from the nearby islands. This allowed Alicudi to maintain a wild nature and a sacred quiet, only interrupted by the sound of the wind and the waves.

The only inhabited area is Alicudi Porto, a small town divided into districts with a few hundred people and structures. In this town, people don't use motor vehicles, instead, they move around using century-old staircases and donkeys. Due to the lack of infrastructure, it is preferable to stock up on fuel, water, and food before adventuring along the coasts of this island. Moreover, we remind you that Alicudi does not provide harbors to dock your boat, apart from the one located in front of the port in quite a deep sea. A real wild experience for all the adventure lovers! 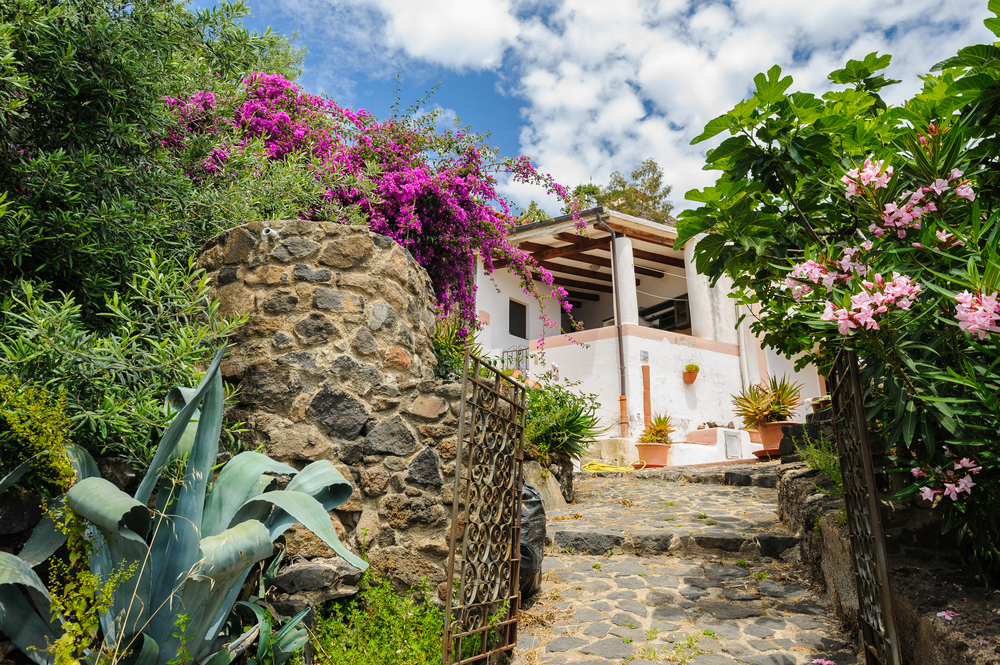 Overlooking the surrounding waters, the Filo dell'Arpa is a 657-meter volcano whose top can be reached through a long staircase to admire breathtaking views. Before reaching the peak, the path crosses a series of cracks in the rock: these are called Timpone delle Femmine and were used to hide the women of the town during pirates' invasions. Let's not forget that Alicudi is the westernmost island of the archipelago and therefore is the best location to spot the most amazing sunsets. A stop on the top of the volcano during sunset is a must-do!

Alicudi's wild nature has allowed its people to preserve a true countryside culture, made of traditions and legends. The most famous one is the legend of the Mahare, the flying women: the older generations witnessed the apparitions of feminine figures that took animal forms and flew far away to make a return to the island with exotic spices and items. These women were also used to organize banquets and teach fishermen propitiatory rites before fishing. The apparitions have now magically disappeared, but people are still questioning the origins of such an interesting legend: many think that it can be associated with the use of "horned rye", a type of rye commonly used on the island during the early 1900s. This rye was infested with the Ergot, a fungus that produces alkaloids with psychedelic properties. The consumption of bread with Ergot fungus and subsequent distortion of reality might be the cause behind those weird apparitions.

This is the most easily accessible beach on the island, located nearby the port. It is made of dark pebbles of volcanic origin and it extends towards the south with a long street running along to create a promenade. Part of this beach is used as a boat shelter, whilst the other side is often very quiet and uncrowded, perfect for those who love absolute peace. 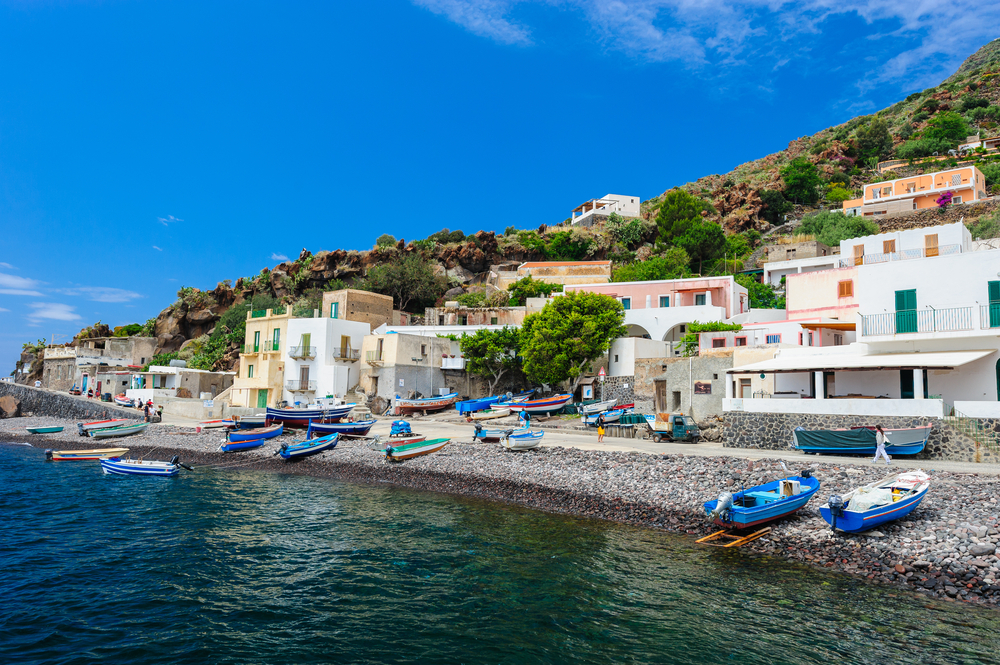 Not far from Alicudi Porto and easily reachable by boat, we can find Bazzina Beach. This shore takes its name from the district in front of which it is located and it extends on the northeast side of the island. Just like Alicudi Porto, it is made of dark pebbles that create an amazing contrast with the crystal waters of the sea. The ideal location for all snorkeling and diving lovers.

The best way to explore the rugged coastline of Alicudi is, of course, by boat. The most interesting part of the island is located up northeast, in the driest and uninhabited area: there, you could witness the real wilderness and beauties of Alicudi. After rounding Punta Rossa, named after the red color of its rocks, you can admire the hidden side of the volcano, where rivers of solidified lava fall into the sea.

Sailing west, you can reach the Galera Rock, particularly interesting for its surrounding marine flora and fauna. From here, you can also admire the Canalone dell'Arpa, an accumulation of solidified lava created during past eruptions.

The beauties of this wild island can enchant every tourist particularly fond of nature and quiet. If you're planning to visit this magical location, don't forget to check our boat availability in the area.