If you’ve sailed around the Cyclades during summer and bumped into a powerful wind that would blow your hat off and make your sailing a little more difficult, then you had the pleasure to meet the Meltemi, the strongest Greek wind of all. Here’s everything you need to know about it and how to safe sailing on your next adventure in the land of the Gods. 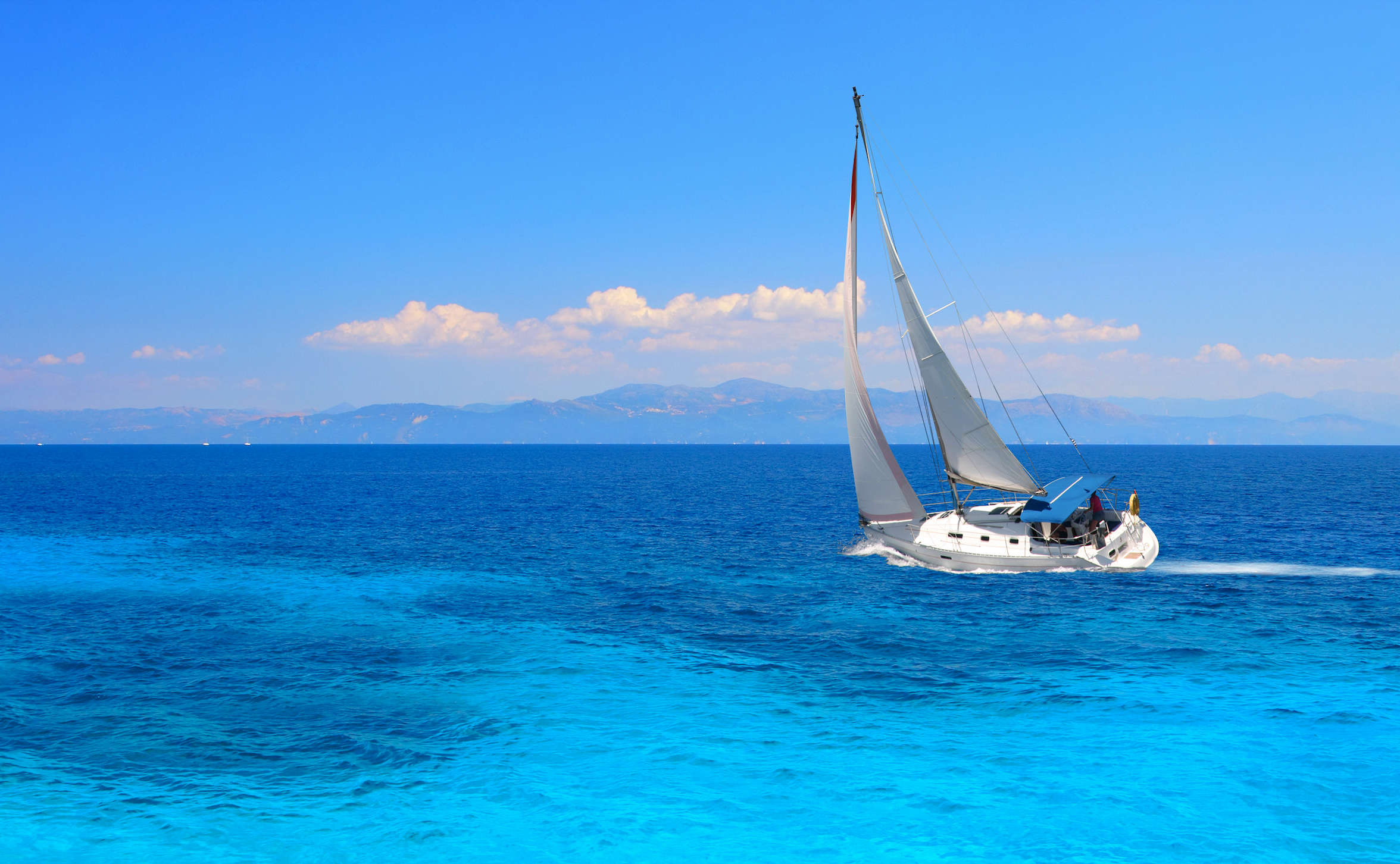 What to know about the Meltemi

The Meltemi is the northerly dry wind that prevails in the Aegean from May to September and reaches its peak from mid-July to mid-August. It has been mentioned by several ancient Greek authors and the myth goes that the ancients were suffering from the heat, so they asked for some divine intervention, and the Gods blessed them with the Meltemi…. The origin of the word, however, is Latin and comes from “mal tempo” which means bad weather. It is created by the combination of a high system over the Balkans that meets a low system from Asia Minor. Typically, it lasts for half a week, it calms down for the remainder of the week and starts again the next one. Sometimes, however, like this year, it goes on for two months.

The Meltemi blows all over the Aegean like a bow that starts from Canakkale and Limnos in a NE direction, over the Cyclades in a N-NE direction and eases out to the Dodecanese in a NW direction. What is special about it, is that it is enhanced by the topography of the Aegean, where there are dry mountain islands that heat up to the sun faster than the surrounding sea. This interaction of land and water creates differences in atmospheric pressure, which is equalized by the wind. Moreover, as the mountains in the islands are relatively high, they block the flow of the wind, forcing it to increase its speed in order to overcome them around their edges or, if the Meltemi is a particularly strong one, over their tops. Therefore, the higher the island is, the more frequent and severe the gusts are, especially on the leeward side of the islands and around their edges, where it also changes direction.

Typically, the winds are force 5 to force 7 on the Beaufort scale, and gusting force 8 to force 10. The issue is, that the frequency of gusts is so high, that you’ll be constantly sailing under the gusts. In other words, when I see in the forecast that the normal wind will be force 5 or higher, I exclusively look at the forecast for the gusts.

We also have to consider the sea state. In such conditions, and especially when the Meltemi is blowing for consecutive days, it is common to face rough seas, with 2-5 meter waves coming in from 2 to 3 different directions, often with a high frequency of sets of three in rapid succession.

As the intensity of the Meltemi is related to differences in temperature, we experience its highest strength during the hottest hours of the day. This also means that typically, it has not reached its full force in the early hours of the morning (till 9 am) and that it calms down after sunset and through the night.

Safe Sailing with the Meltemi - advice from an experienced skipper

I wouldn't recommend to anyone to go sailing on a stormy sea, especially if they do not have knowledge of the local effects around the islands. Yet, from what we discussed, there are ways around it.

If the Meltemi cannot be avoided, it should be handled with the highest caution… better safe than sorry as they say. As a guideline, I set my sails not for the wind I'm experiencing over the open sea, but for the conditions that I expect around the edges of the islands, where it gusts more. So, use the 2nd or 3rd reef on the main, and trim the headsail accordingly. Also, have everything on deck secured, let the crew know that they need to stay alert, and take all the safety measures for sailing in stormy conditions. Keep a safe distance from the islands when sailing past them and especially when you are on the windward shoreline, as the waves that bounce off the island disturb the sea even more.

We have discussed a lot of the difficulties presented by the Meltemi. However, there are some good things about it too.

First of all, it is the prevailing wind, and as such it is predictable and the forecasts are generally accurate about it (remember to focus on the gusts). Likewise, plenty of harbors in the Cyclades offer protection from the northerlies, so you have places to hide. Look for those harbors, like Merichas in Kythnos or Foinikas in Syros, that you can dock with the stern to the north so that the wind is on the lines and not on the anchor.

As far as anchorages go, there are plenty of sheltered bays as well. The wind will still be gusting over the mountains, but you can easily find a sandy seabed that offers good holding for the anchor and expect the wind to blow from the same direction throughout your stay. Finally, always drop as much anchor as you can. The weight of the chain can be of great help. 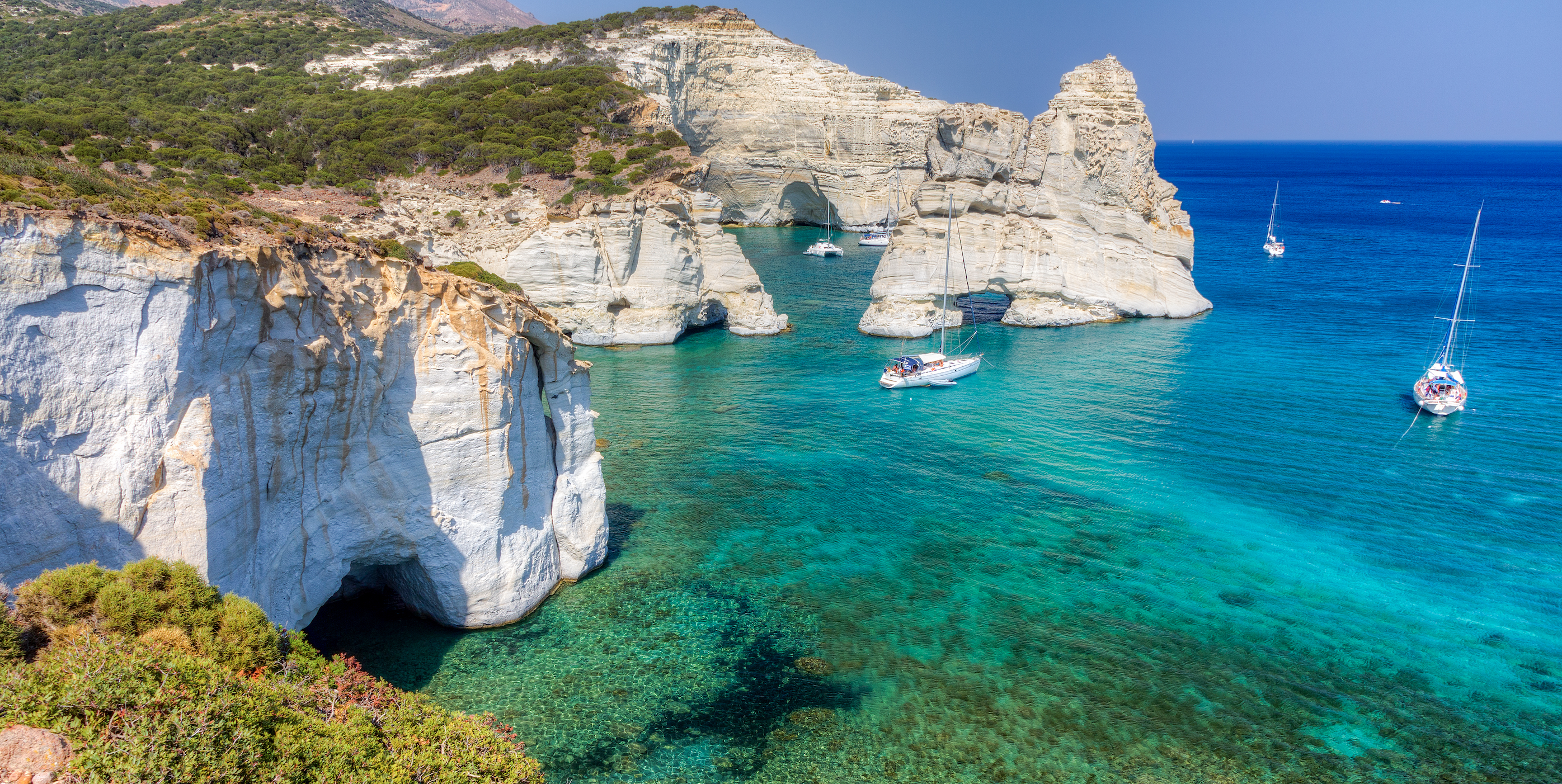 Get to know the skipper

Dimitris was born in 1977 in Athens, Greece. He combined his love for adventure, history, and photography into publishing several travel guides for regions of Greece and Turkey. In 2004 he moved to the US, where he earned a graduate degree in printing technology from the Rochester Institute of Technology, which was followed by a career in the industry. But something was missing, so in 2014 Dimitris quit his job and rode his bicycle from California to Greece.

His first sailing experience was a transatlantic crossing as part of this trip, but he did not fall in love with the sea until he saw the Aegean. Soon, he got his own sailing boat and started exploring the Greek waters.

Dimitris has been a professional skipper for 9 years. He has traveled all over the Greek islands and is especially fond of the Cyclades. He believes that living in this blessed part of the world is a gift, one that is his duty to share with his guests.