It's easy to say Caribbean, one of the largest seas (not oceans) on earth: about 3,000 km2, about the same size as the Mediterranean.

When we talk about the Caribbean, therefore, one may mean many things: just as in the Mediterranean, the coastline, the islands, the climate and navigation will vary significantly depending on whether we are in France or Turkey, Sicily or Croatia. The same goes with the Caribbean: sailing can be very different from Mexico to Antigua,  Cuba to Grenada, Panama to the Antilles.

There are well over a thousand islands in the Caribbean Sea, and they are very different from each other in terms of history, traditions and customs. On top of that, let's not forget that the Caribbean Sea is, to all intents and purposes, part of the Atlantic Ocean, the channels between the islands are ocean channels. When navigating there, you'll need to bear in mind you're sailing the ocean. At the risk of being a little less than "publicity" - from experience, the Caribbean is indeed the white beaches with palm trees that you see on postcards, but getting to those beaches can often be a sporting endeavour.

So I'd like to make a simple list of Caribbean destinations for sailors so that you can choose the one that matches what you're looking for from your sailing holiday in the Caribbean.

Grenadine Islands sailing at a glance

Depending on the itinerary you choose, you will have longer or shorter sailing distances. Even if you embark in Saint Vincent (the mother island of the Grenadine archipelago), the ocean channels to Bequia and Mustique, not to mention the upwind passage from Tobago Cays, will give you real sailing thrills. The islands are very different from one another. Some chic and elegant, others full of Rastafarian markets, others still uninhabited. In just a couple of days, you will feel like you have travelled to many different countries. The best time to visit Saint Vincent and the Grenadines is February to April, the least rainy time of year and when you won't get into hurricanes.

Sailing conditions are not always easy: strengthening the trade wind, unmarked passages between the reefs, few possibilities to make port can require competent and experienced skippers.

The British Virgin Islands sailing at a glance

You can enjoy completely different atmospheres and experiences in the British Virgin Islands.

Sailing between the islands is short and less sporty which makes this destination ideal for newbies to sail.

The BVI are the islands of pirates: it is among the smooth rocks and crystal-clear waters of these islands that Jost Van Dyke and Sir Francis Drake, some of the most famous pirates in history, had their hideouts, and Robert Louis Stevenson's "Treasure Island" was also inspired by the stories of these islands. Omero spends his time telling stories about pirates and privateers when we sail around here, while I specialise in female pirates. It's not that the male pirates are uninteresting, but women's stories are less well known and are worth mentioning: they tell of a time when the sea was a man's business, but when the women got into the dance, they danced and danced their way... 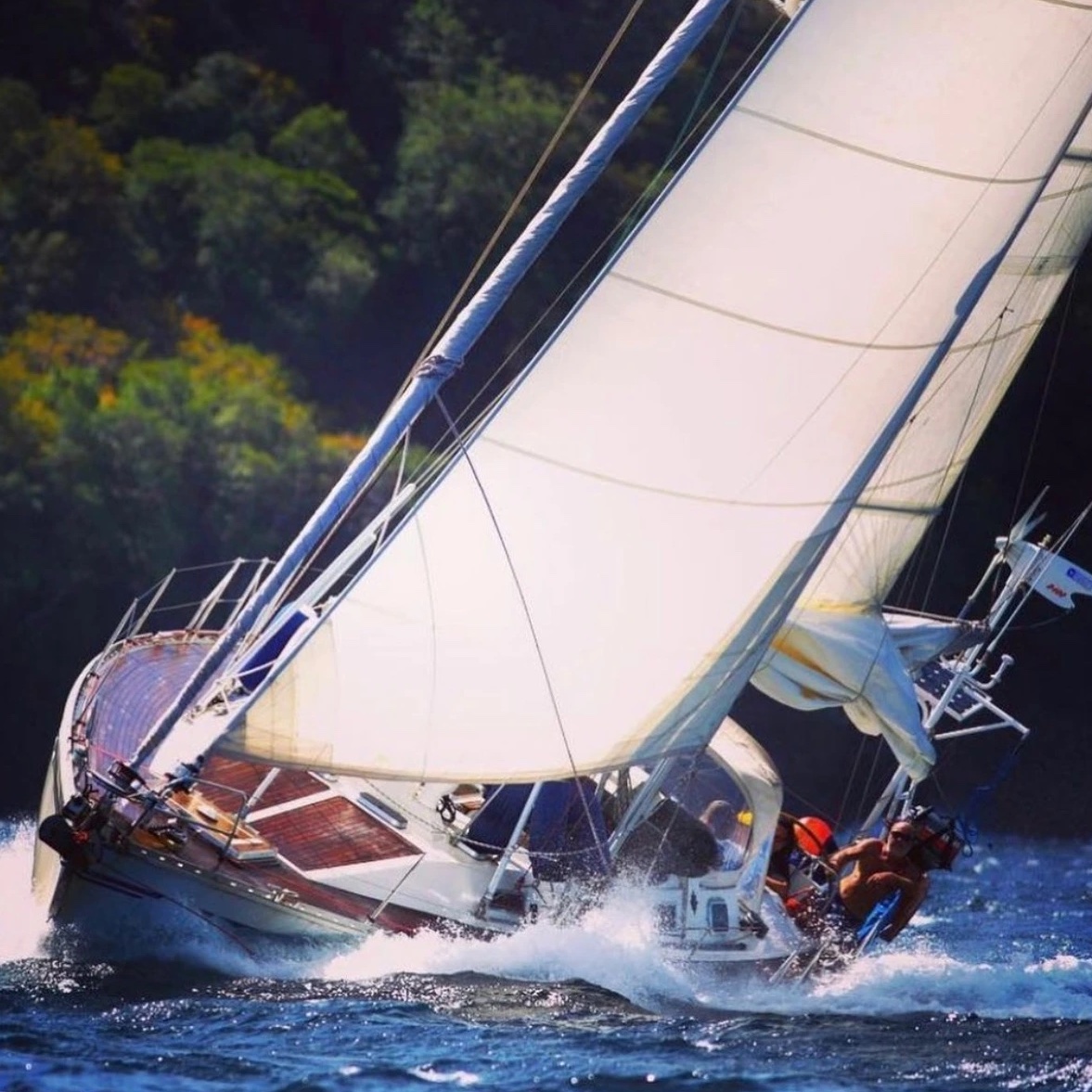 They are not those of pirate ships, and you'll be able to admire plenty of shipwrecks even without being an experienced diver. In the BVI, marine conservation is taken very seriously and even if you're not a professional diver but just a leisure snorkeller, this is likely the Caribbean destination for you.

From March to October, you'll often find brief showers that may make sailing less enjoyable. The best time to visit the British Virgin Islands is from December to April (not muggy heat), and it's best to go between January and March (drier, less hot months).

Sailing in the San Blas Islands at a glance

Many consider the San Blas Islands to be the last Caribbean paradise. This is due to the fact that they are still not as touristy compared to the more eastern islands and the proud defence that the Kuna make of their territory. The San Blas Islands of Panama are an archipelago of some 365 islands and islets off the north coast of the Isthmus of Panama, east of the Canal.

However, the community of sailors in the San Blas is growing, and you're sure to find one that suits you.

The islands are many, more than 300, small and often uninhabited. A trip here is necessarily a sailing holiday - sailing you'll see the place at its best: untouched deserted white beaches and lobsters caught by the Kuna - what more? Sailing can be more or less short depending on the itinerary chosen, but there are no ports to go ashore.

The best months for sailing in the San Blas Islands are from December to April. On average, it is warm all year round. It is best to avoid the rainiest months: May, June, July, August, October and November. The sea temperature is suitable for swimming all year round.

Island navigation at a glance:

The VIP islands par excellence: harbours with some of the most beautiful yachts globally, luxury resorts, elegant evening clubs, and spectacular beaches translate into a classic destination for a "chic" sailing holiday.

Antigua is now one of the favourite ports for classic yachts for their gatherings and regattas, and the atmosphere at Nelson's Dockyard is still that of English yachting. It seems that Nelson hated the bay because there were too many mosquitoes...In Saint-Barthélemy, the memories of Swedish colonisation are still visible. Sailing distances between the islands are not long, and the beaches, from Barbuda's now-famous "Princess Diana's beach", to the pink ones of Antigua, to Anse de Colombier in Saint Bart, will leave you breathless.

Omero usually sails to these islands from February onwards: the first months of winter can still be a bit uncertain weather-wise. It is not uncommon to encounter rain - keep this in mind if you decide to spend your Caribbean holiday in this area.

This article was written by Sara Teghini, a sailor on Omero Moretti's boat Freya. Sara recounts the adventures of Freya's crew, from the Straits of Bonifacio to the crystal clear waters of the Caribbean, passing through the Atlantic Ocean in their fantastic Omero Moretti Vela Blog, absolutely worth a read! Take a look at the videos on their YouTube channel and photos on their Instagram profile @omeromoretti.