Sardinia is one of the best places in Europe to go to the beach: the beauty of its beaches is known throughout the world and requires no introduction. Ichnusa, as Sardinia was called in ancient Greek, is the second largest island in the Mediterranean after Sicily.
The Sardinian coast has almost 200 km of beaches, cliffs, hidden coves and rias.  The island has the most beautiful beaches in the Mediterranean and a wild hinterland where time seems to stand still.
But Sardinia is not the only sea. There are towns and villages to see, parks and hiking trails. Barbagia, for example, one of the wildest inland areas of the island, is definitely worth a visit.
Let yourself be pampered by the hospitality of its inhabitants, taste the typicality of the territory and the food and wine delicacies, paddle along the most bewitching stretches of coast, dive into the crystalline water and swim among the starfish and sea urchins ... Having so much time is not easy, but even in a single week, you can start to explore and be conquered by this amazing island in the Mediterranean. 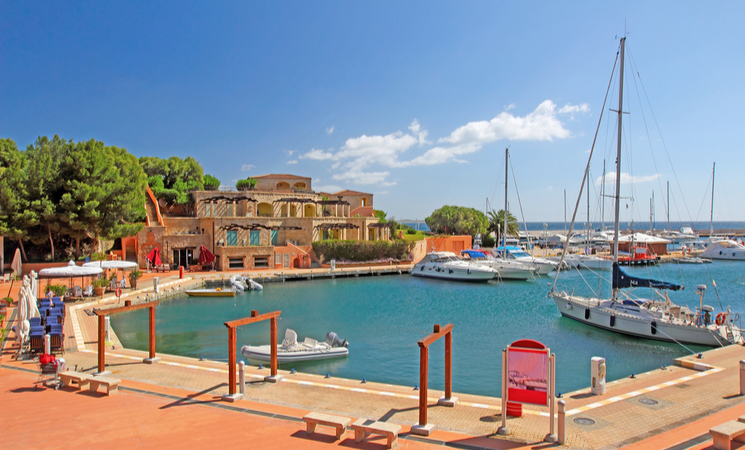 Portisco is a small village which seems to have outgrown its own size with a reputation for enchanting beauty and unique cultural identity. It gained notable importance due to its strategic position between Porto Rotondo and Porto Cervo.
The locational advantage of Portisco, situated near the Gulf of Cugnana, has undoubtedly made it a favourite travel destination for those who love the sea, in particular, for sailing enthusiasts.

Rent a boat in Portisco 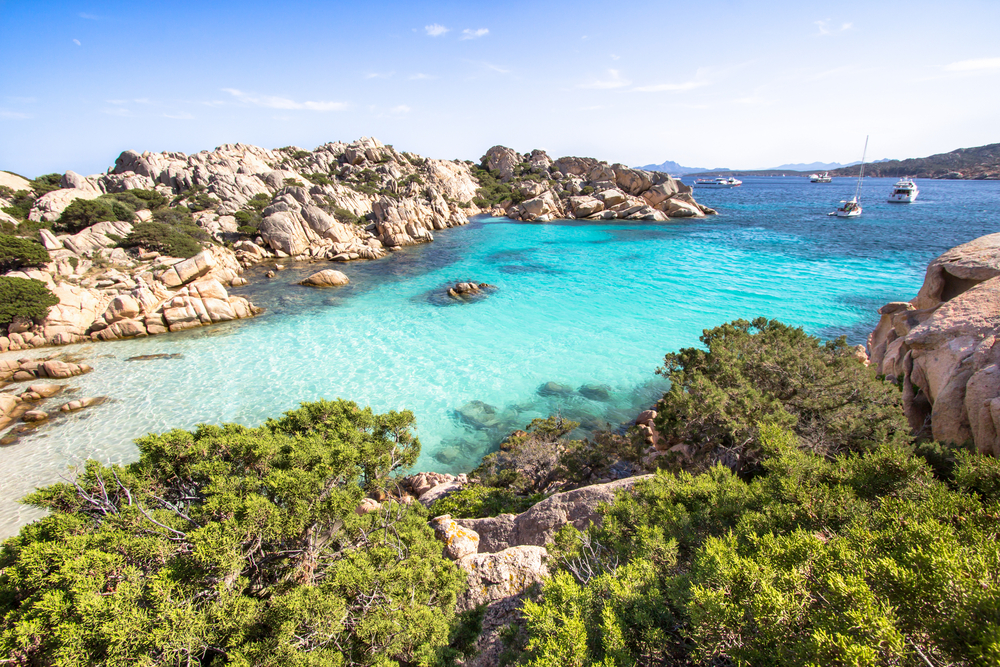 Caprera is a small island, part of the archipelago of La Maddalena and the National Park of the same name, a destination little contaminated by man and totally dominated by nature. The island was uninhabited until the landing of Garibaldi (1855) and still does not exceed 150 inhabitants.
In Caprera you cannot but moor at Cala Coticcio, also known as the Sardinian Tahiti, undoubtedly one of the most beautiful coves of the Maddalena National Park 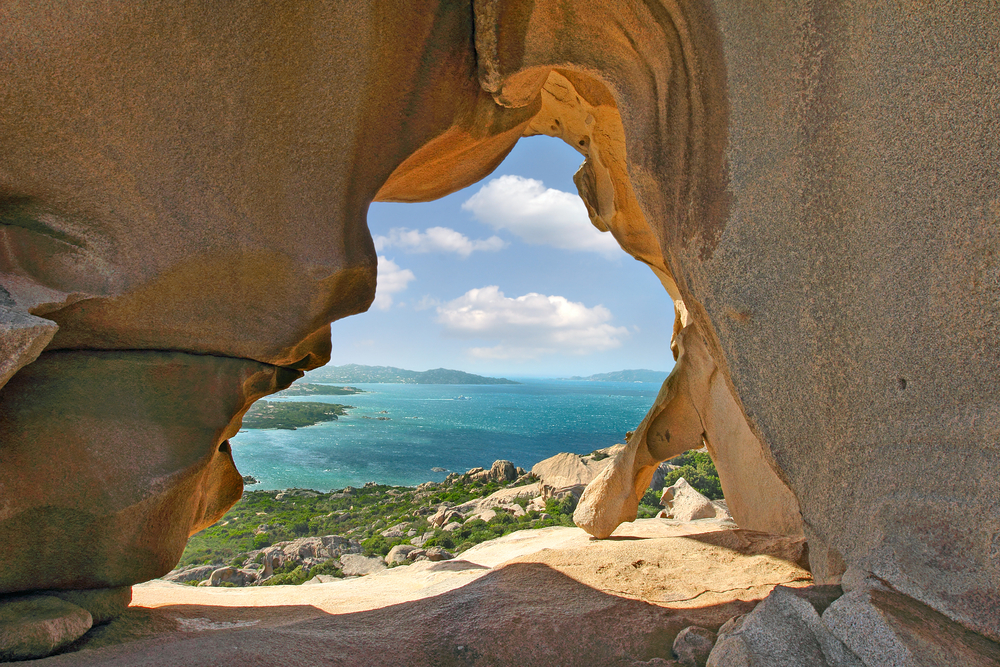 The centre of Palau is pleasant to visit walking through it. During summer, the village comes back to life and becomes active and fun. The city shines with natural architecture, shaped over the centuries by the weather, such as, the Rock of the Bear, a must for anyone who visits the area and has always been a guide and witness of sea wolves.
If you want to enjoy the view of the islands of the La Maddalena Archipelago, a walk to the Baragge lookout point is a must. 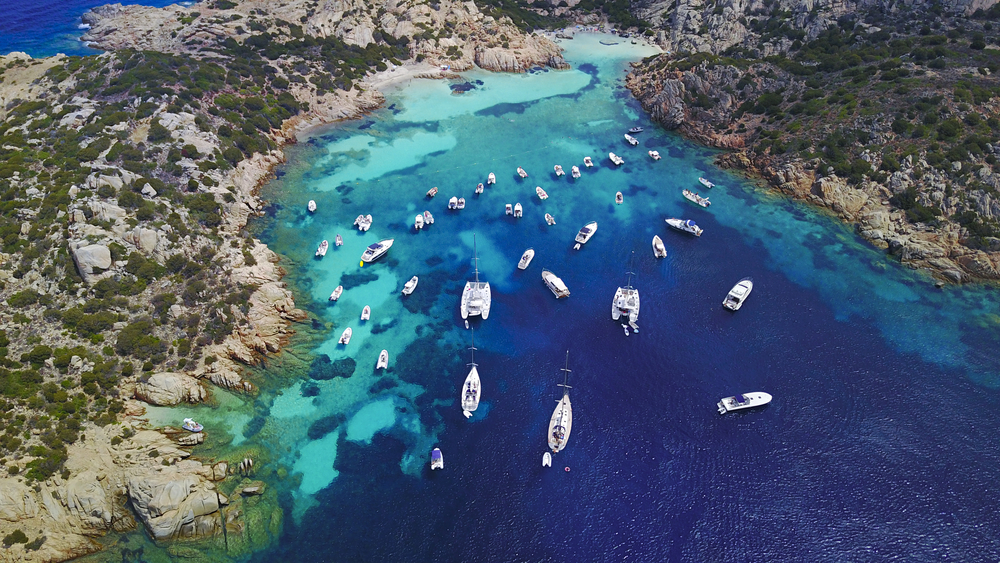 Spargi is the third largest island in the Maddalena Archipelago National Park. An uncontaminated paradise of genuine beauty and wild character, thanks to steep coasts to be admired by boat.
Not to be missed is Cala Corsara, consisting of four beaches of fine sand. A unique place that, with its infinite shades of colours of the sea and the wild charm of unspoiled nature that pervades the coastal rocks, captures anyone. 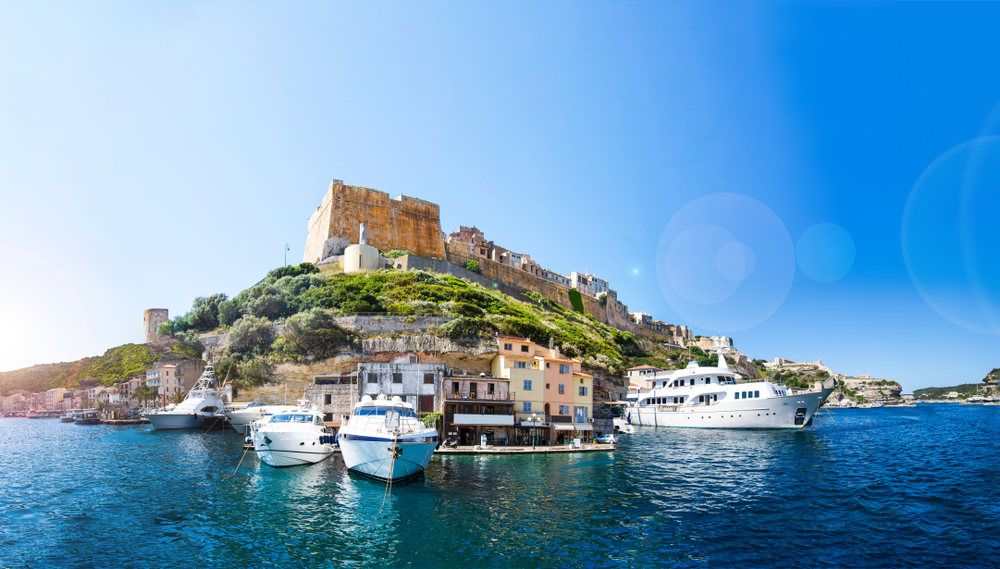 Bonifacio, located on the southernmost tip of Corsica, is the southernmost French city of all, except for the overseas locations.
The town is organized into two main areas: the citadel, climbing the rocky fjord, and the marina.
A visit to the old town is an unforgettable experience. A stop to the Eglise Saint-Erasme, a picturesque 13th-century church in honour of the patron saint of fishermen, is a must. 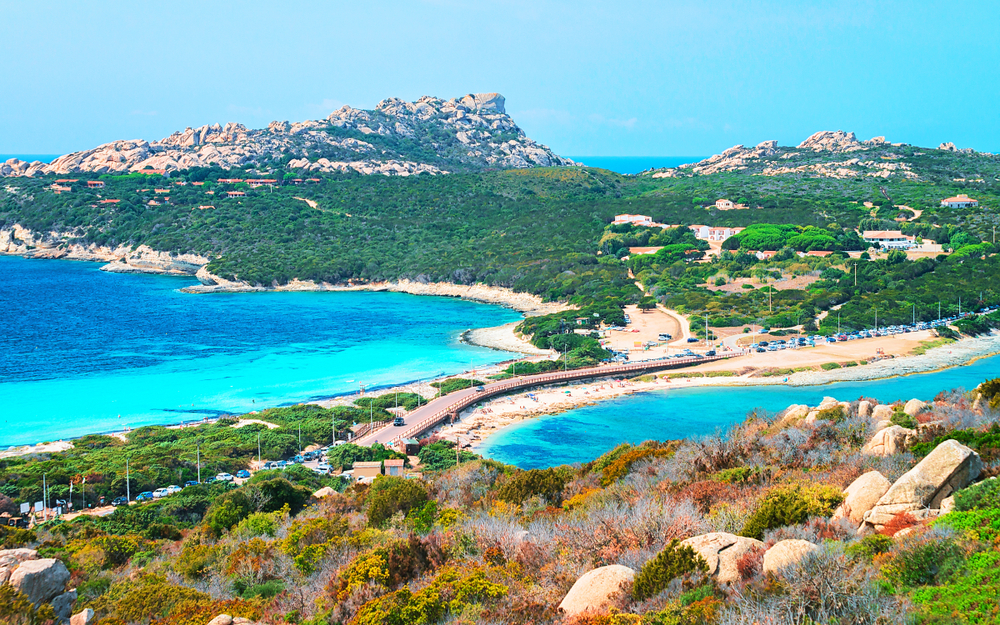 Santa Teresa di Gallura was founded by the Savoys on a promontory overlooking the sea to combat smuggling.
The old town is full of craft shops, fish shops and all kinds of markets. Not to be missed is the Church, built in the mid-nineteenth century.
The near Capo Testa is undoubtedly one of the most beautiful sites in Sardinia. Here is the Tower of Longosardo, the largest tower built by the Spaniards in Sardinia. 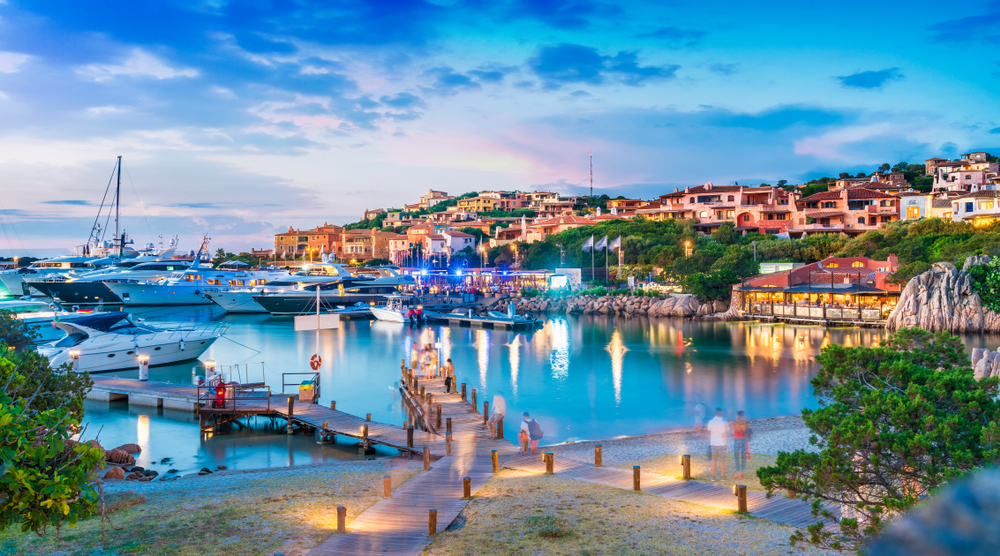 Porto Cervo is the undisputed capital of the Costa Smeralda, famous as luxury holidays destination: an exclusive village on the sea, an architectural jewel set among natural beauty.
The name of the village derives from the shape of the natural inlet on which it stands, which recalls the aspect of a deer.
In summer, the city turns into a glittering parade of yachts and celebrities and every day is a continuous alternation of parties, social occasions and sporting events.

Our destinations in North Sardinia

Discover all boats in North Sardinia 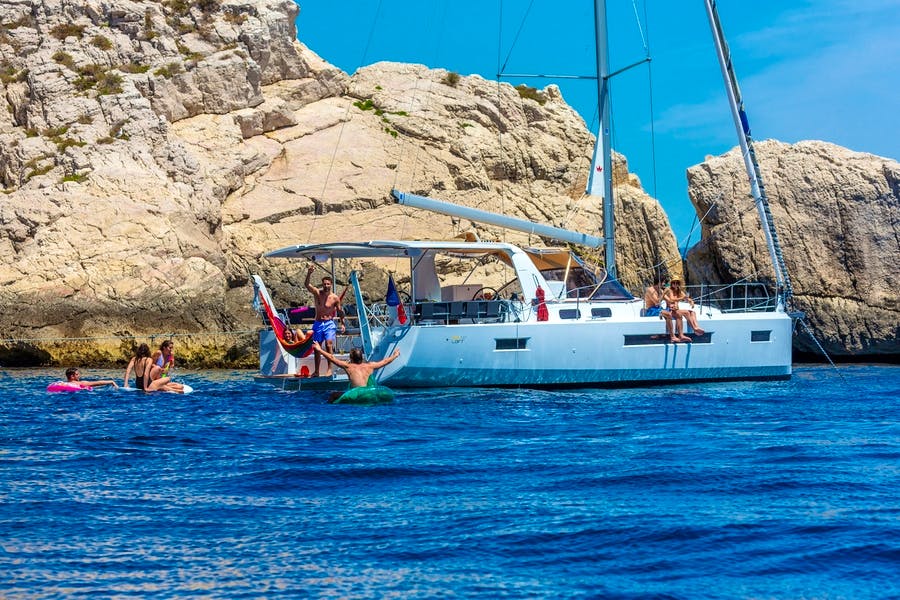